I could throw up all over Cesky Krumlov and it would still be the prettiest damn town I’ve ever seen. It’s a fairytale village that fits perfectly in the palm of your hand. Cobblestone corridors, a winding river, small white cottages with brick-red roofs and an impressive castle that looms over it all: Cesky Krumlov is freakin’ adorable. Immediately upon arrival at our hostel we knew we wanted to stay longer.

“Well this is the cutest town I’ve ever seen.”

It was decided right then and there. We’re staying.

Krumlov is a Czech word that means “Meander”. The town was named after the river that “meander’s” it’s way through the city in a big “S” shaped loop. A large, baroque castle is built into the rock face on the North side of the river. From there, the entirety of Cesky Krumlov can be seen below. The flowing river, the green hills in the distance, and the whole town all squeezing into the space between your thumb and forefinger.

The town is flooded with rooftop terraces and riverside patios waiting to be lounged on. Cafe’s and small pubs scatter the labyrinth of small corridors that envelop the city. They even have a wonderful brewery that makes their own “smokey beer” that is oddly delightful.

We spent our time in Cesky Krumlov relaxing. Long morning breakfasts, walks around town, checking up on the bear moat (yes, the castle has a moat with live bears instead of water) and figuring out where to eat next.

But there’s more than meets the eye when it comes to Krumlov. The town is rich with history and folklore. Ghosts run rampant in the town’s music school and spirits can be seen in the centre square. The castle was once ruled by a schizophrenic prince who threw his wife from the window of the castle. She survived the multi-storey fall miraculously after a tree softened her fall. She swore never to return to her husband again. But then the mad prince captured the princess’ father and threatened to kill him unless she returned. Reluctantly, she came back to the castle. The prince stabbed her to death only a few days later.

And yet, even with all the gruesome history, the castle is still a sight to behold. It’s towering grey walls cling to the cliff side to create an imposing spectacle from the town below. And at night, large spotlights make the castle burst into an amber glow that can be seen from all over Cesky Krumlov.

We were sad to see the city go as we packed up our bags to catch the morning bus to Salzburg. But there’s so much more to see and the crisp evening weather means it’s time to head South. Until next time Cesky Krumlov! 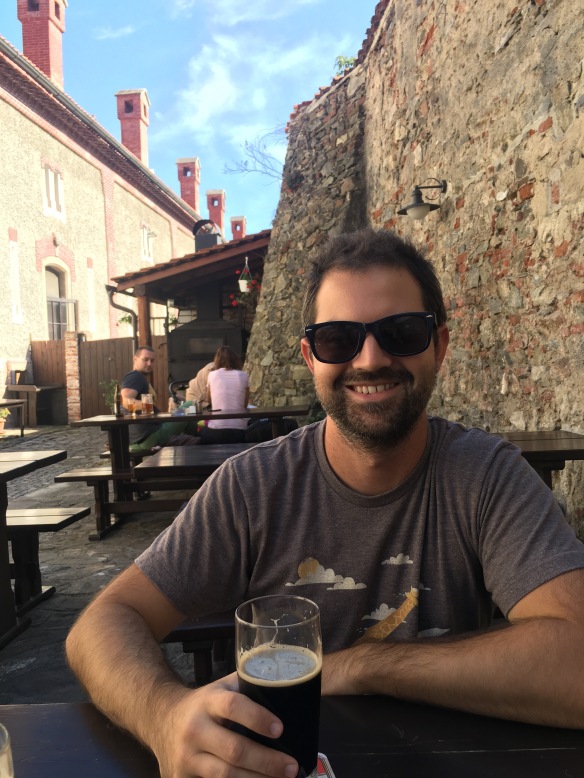 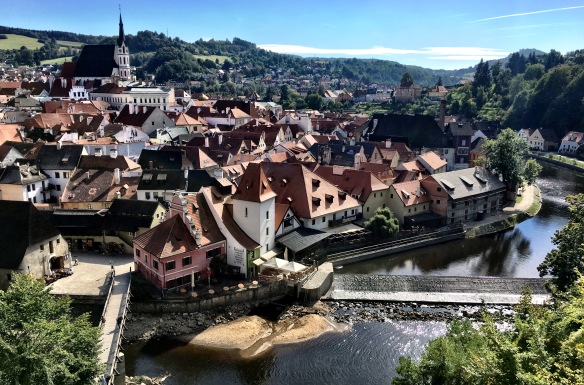 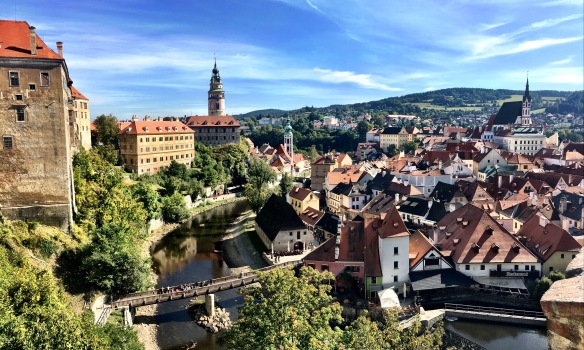 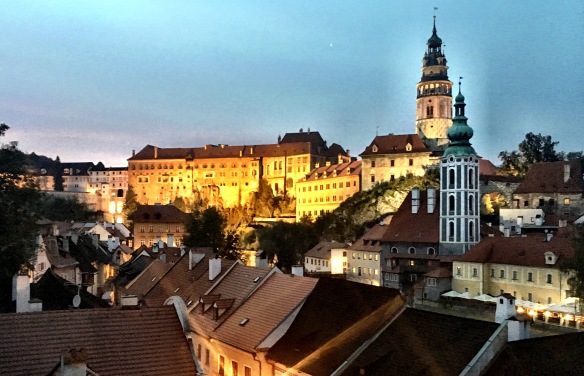