I knew I was going to love Coolangatta the SECOND I got off the bus. The beaches were gorgeous (and swimmable), the entire promenade was filled with cafe’s, funky restaurants and was perfectly geared toward people watching.
Coolangatta is a lot smaller and a lot more laid back than Surfers. The backpacker average age was actually out of the teens, and everybody just wanted to have fun and surf. I loved it.
The hostel I stayed at was called Komune. By far one of the nicest hostel’s I’ve stayed at. It reminded me of a tropical resort more than a backpackers. Our room had a balcony that overlooked the huge pool and bar area AND had a gorgeous ocean view. The pool had big blue lounge cushions that you could suntan the day away on. The bar had nightly events and parties that you could join, or just watch from the balcony above. The place was fantastic!
I stayed in a ten person dorm, and everyone (in separate groups) was from South America: Chileans, Brazilians, Argentineans, aaaand a guy from Spain. Some spoke English better than others, but in the end, my Spanish conversational skills were better than having 9 people struggle through English. I had all but thought my Spanish was forgotten after two years of not speaking a single word. But it turns out I’m still pretty good! Who knew I’d come all the way to Australia and have to know a language other than English?
I spent a day longer in Coolangatta than I had intended. I spent the days hiking along the beaches, eating at all the various restaurants in the area and reading in the shade or watching the surfers. It was idyllic!
When Monday came along I actually found a spot to watch the Super Bowl! A little sports bar at the Twin Towns Hotel was playing it, and although only half the pub filled up, it was exciting to see Seattle kick some ass!
But after three relaxing days in the town, it was time to move along to bigger places. Next stop: Byron Bay! 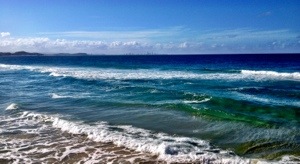 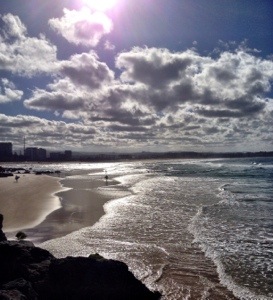 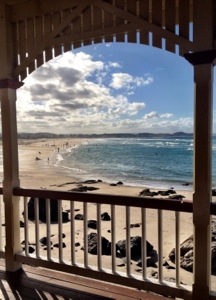 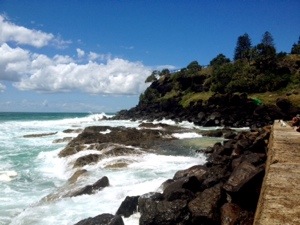 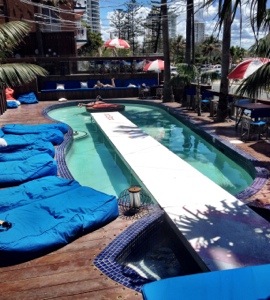