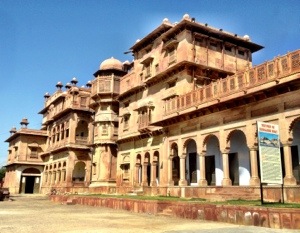 Bikaner was our next destination. Slightly larger than the quiet streets of Mandawa, Bikaner hosts many bustling, four lane streets and crazed markets. It also is home to Jungarh Fort, which was home to many royals of the past.
Our first mission was food. We were hungry and needed some lunch. Even by day two, Kelsi and I were tired of being carted around to various tourist driven restaurants. I didn’t come to India to sit safely in a plush restaurant with a bunch of whiteys and eat food that caters to European tastes. I want to sit in a dingy hole in the wall, with a bunch of locals and have a menu that is entirely in Hindi. I want to pay dirt cheap prices, have to sit on an overturned pail as a chair, and eat food that is both killer spicy and will probably give me food poisoning for a week. Yes. To many people that sounds insane, but that’s the kind of India I want to experience.
“Are there any local restaurants in the area that serve great Indian food?” We asked the man at the front desk.
“Yes, we have a wonderful restaurant here at the hotel”
Ya… And at 10 times the price we can get anywhere else. But trying not to offend, we said we wanted to have dinner at the hotel but try a new place for lunch.
“Okay!” He said, “try the hotel next door. It very nice”
*sigh* we were too hungry to explain any further. We walked out the gates and realized there was nothing around but a long dirt road of hotels. Across the street was a little restaurant with a sign that read “great Indian food”. In a small act of defiance, we decided to forego the other hotel and cross the street to the little restaurant.
The place was very quiet, with only one Indian family sitting in the corner. Well at least the locals eat here, we thought. We sat down and ordered some food.
“Look at us Hairy! We crossed the street all on our own!”
When the food came out it was delicious! Some tomato curry with cheese in it and stuffed potatoes. Just delicious.
Actually, I’ve been enjoying ALL the food I’ve tried here in India so far. I have been keeping a strict food diary for Kelsi and I.
First I write down the item that I ordered. Then, I describe a little what is in it and how it tastes. Then I rate it. Not on a 1-10 scale or anything. It’s much more subjective, like “oh my god this is incredible” or ” holy cow, I can’t believe I’m actually eating this”. Unfortunately, after so many incredible foods, I’m running out of creatives ways of saying its amazing.
Kelsi’s food log is a little different. For those of you that don’t know, Kelsi is allergic to capsicum: all kinds of capsicum. That means no green peppers, no red peppers, no chilli peppers, no jalapeños, no paprika, and pretty much nothing that gives an Indian curry it’s spiciness. So Kelsi’s food log goes like this: we write down the name of what she orders. Then we wait 4 hours. If she throws up, it gets an X. If she’s still okay, it gets a tick.
For the first week the only ticks she had were plain naan bread and vegetable kofta… Then a couple days ago we had to change the vegetable kofta to an X again. Sad day. Looks like Kelsi is going to have a rough couple months eating naan!
When lunch was over we applauded ourselves for going somewhere other than the hotel. It wasn’t far, but it was baby steps. The food was still pricier than we wanted, but at least the locals ate there! Then, as we were leaving, a huge French tour bus unloaded and everyone piled into the restaurant. Fabulous. We hadn’t succeeded at all… So back to the hotel for a rest. Next time we’re anywhere NEAR the vicinity of some local eateries we will go there.
When our rest was over, we drove out to Jungarh Fort. Raju dropped us off and shuffled us towards the front gate. We didn’t even know where we were. We were told we were driving 40km out of the city to the Karni Mata temple that we wanted to see. Instead, we drove a couple blocks away and stood outside this massive fort. Okay, whatever: we never have any idea what’s going on these days.
So we paid our fee and walked in. The fort was lovely, and had a tonne of beautiful passages and ornate rooms. Apparently this is where all the royals of the past had lived. But we didn’t have a guide, and all the tour groups around us were French so we couldn’t even eavesdrop. (So many French tourists here in India! Wasn’t expecting that). We moved from room to room, and courtyard to courtyard taking photos then back out to the car. This isn’t where we wanted to be! We were so excited about the Karni Mata temple we just wanted to get there.
“That was so fast!” Said Raju when we came out of the fort less than 20 minutes later.
“Yup! Let’s go!” We said and we drove off to our intended destination: Deshnok’s Rat Temple. 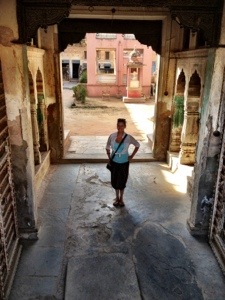 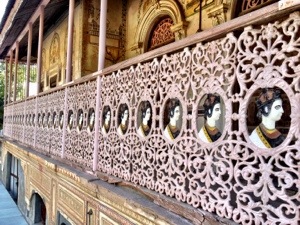 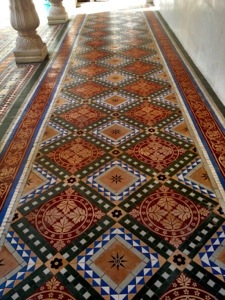 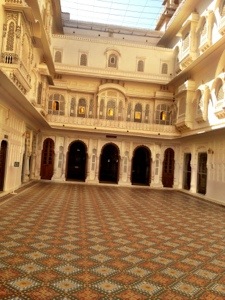 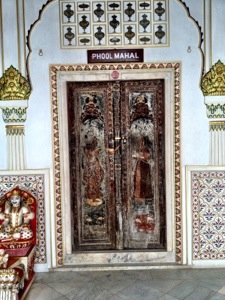 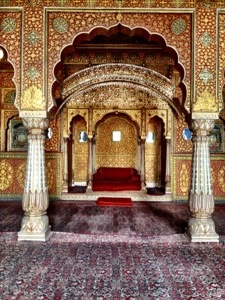