Despite the gale force winds, the flash flooding and the expected tornado, it didn’t take long for Montenegro to be my favourite country in the Balkans. We set up camp in a spacious AirBNB in Kotor for a whopping $35/night. It was smack in the middle of old town, two floors above the noisiest nightclub I’ve ever witnessed. If you think about it, Montenegro had a lot going against it: it stormed, it flooded, and we had sleepless nights listening to the booming base of remixed 90’s top hits. And yet it didn’t deter from the country’s wonderful allure.

The Old Town of Kotor never failed to surprise me. Four days of wandering the labyrinth of slinky alleyways and we never saw it all. Every time we left our apartment we stumbled upon a new courtyard, a medieval palace, a church we had missed: the city had gems around every corner. Though it took only 20 minutes to walk the circumference of the city walls, I never tired of the place.

Kotor is set in a crevice at the end of a long inlet: sharp black mountains ominously behind it. The ruins of a fortress stand high above; a reminder of the city’s ancient history. The remains of old fortifying walls cling to the cliffs behind the old town, and at night, the whole place comes alive in a golden glow of artificial light.

We spent the better part of our one rainless afternoon climbing the steps of the old empire. The view from the mountain looked across the windy Bay of Kotor. A white cruise ship towered above the old town; dark mountains swept down to meet the black water that meandered out to the Adriatic Sea. Kotor is stunning.

We used Kotor as our home base for exploring the nearby region of Montenegro. Although our tour inland was cancelled, we had no problem exploring the coastline on our own. Budva, is a small resort town just 30 minutes from Kotor. At over 2500 years old, it is one of the oldest settlements on the Adriatic Coast. The walled old town was built by the Venetians as a defence against pirates. This was particularly exciting to Jodon and I since we are half way through “Black Sails” on Netflix and menacing pirates have been fresh in our minds. The storm hit as we explored the city. Huge waves crashed on the white sand beaches. Some of the swells were so large they splashed over the city walls, nearly soaking Jodon and I as we ran along them, through wind and spray, toward safety. We ate lunch inside the walls and listened to the rains outside, happy for the warmth and shelter. And miraculously, once we had finished, the skies cleared up enough for us to make our way home.

The next day we set out to Perast, a sleepy town just 15 minutes North of Kotor. It was our anniversary, and I couldn’t think of a better way to spend it.

Perast is made up of only two streets. There’s a small museum, a clock tower and a number of cosy seaside restaurants (all empty due to the off season). We hardly saw another person the entire afternoon.

We walked along the boardwalk from end to end (about a 10 minute walk). It was cool, and the clouds threatened rain all afternoon, but the row of tall palm trees along the water suggested this place got much hotter in the summer months. We were lucky enough to have the sun come out long enough to explore the tiny islands just off the coast.

There are two small islets just off the coast of Perast: St George and Our lady of the Rocks. Although the former is a private island, Our Lady of the Rocks is open to both tourists and locals alike. The island is tiny: just large enough to fit the small church with a museum attached. A woman working in the church was thrilled to tour us around and give us the history of the place.

It is said that, in the 15th Century, local fisherman stumbled upon a painting of Madonna, perched upon a rock in the middle of the bay. Locals took this as a sign that a church needed to be placed in this spot. So over many years, rocks and earth were brought to this place in the bay to eventually create a small island. Soon after, a church was erected and the original painting was hung above the altar inside: it still sits there to this day. The church was believed to bring great luck to sailors in the area. Survivors of shipwrecks thanked Madonna for watching over them, and in return for their lives, donated a painting of their sinking ship to the church. The museum on Our Lady of the Rocks now holds countless numbers of shipwreck (or near shipwreck) paintings, each one from an actual event where sailors’ lives were spared.

The little church is still used today for Sunday mass (weather dependant of course) and even while we were there, a few locals came in to pay their respects to Madonna.

The rains arrived in full force as we arrived back in the old town of Kotor. The streets began to fill up with water, and by the time we ventured out for dinner reservations, we were wading ankle deep in a rushing river. As a result, we were the only people who made the daring venture to Galion, a steak and seafood restaurant just outside the city walls. We arrived looking like drowned rats; our clothes completely soaked from the rain. But it was still a wonderful evening, drinking wine and watching the storm from behind the floor to ceiling windows in the cozy restaurant. It was our last night in Montenegro. The next morning we would hop on the early bus and make our way South to Albania. 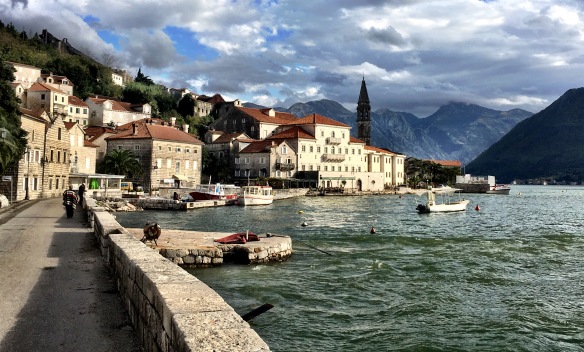 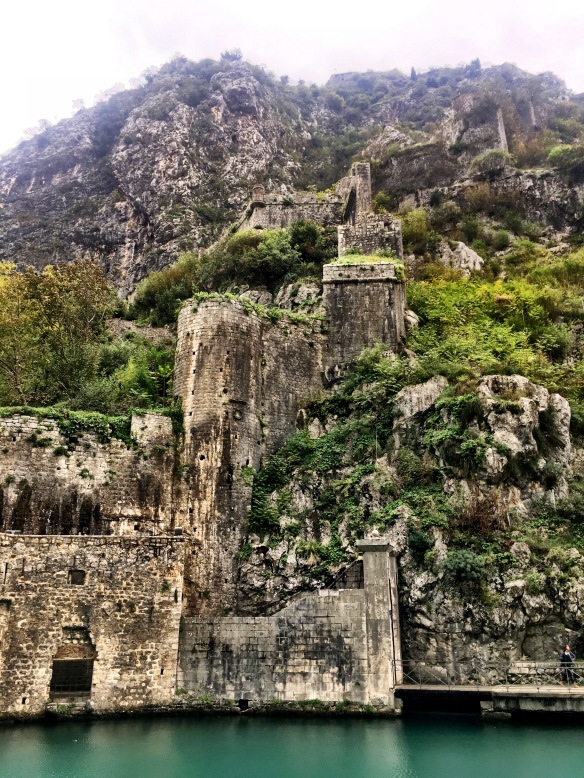 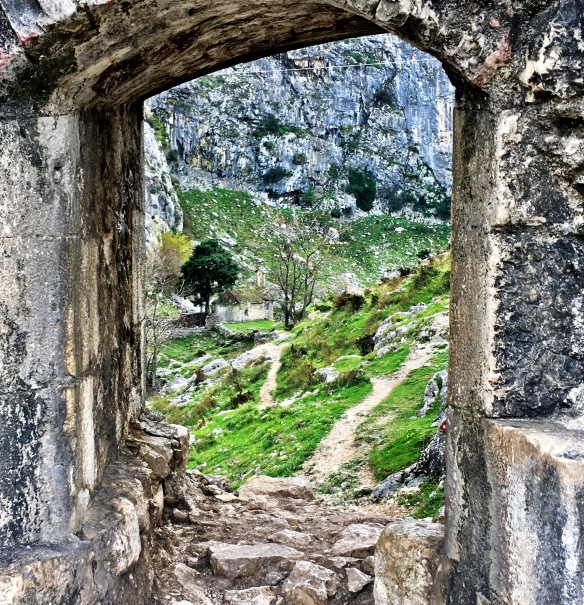